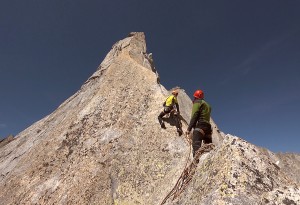 The protagonist of the documentary is Alfonso Vinci (1916-1992), prominent climber from Lombardy in the 1930s, literary man and scientist, legendary partisan commander during the Italian Resistance and pioneer explorer in Venezuela and South America, where he went immediately after the war in search of new peaks and fortune. He left his mark as ethnographer and anthropologist, publishing a number of wonderfully written books onSamatari populations and Cordigliera area, where he made important ascents documented in very rare period films. (For example the first ascent of the north face of Peak Bolivar) 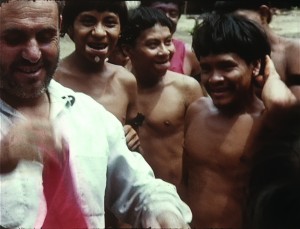 He was an exceptional figure, worthy of rediscovery and investigation. This documentary was made using extracts from interviews, splendid period filming by Vinci himself and previously unknown alpine scenes filmed for this purpose in the mountains of Lombardy so dear to him. The considerable amount of material available (original footage, interviews, books, living witnesses, critiques and documents relating to the war period) made it possible to draw up a complex and accurate reconstruction of a human and cultural adventure that revolves around but goes beyond alpinism, enriching it in the broader context of the many-sided meanings of life.

Here you can find a short trailer of the film. The DVD is available exclusively for private projection at michele.radici@gmail.com